Browse: Home » About Us 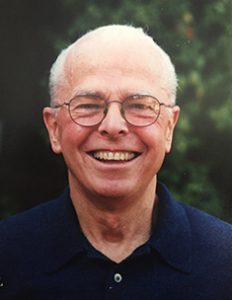 Walter Henrichsen Jr. was born in 1934 in Berkeley, California. At the age of 19, he committed his life to Christ. To develop a deeper relationship with God, Walt pursued a Master’s of Divinity at Western Theological Seminary. He was ordained in the Reformed Church of America.

During seminary, Walt ministered with the Billy Graham Crusade, and while there he was introduced to The Navigators. After graduation, he moved to Southern California for further training in discipleship. He met Leette Dillon when on assignment with The Navigators, and after two summers serving together at Maranatha Bible Camp, he proposed. They were married in June of 1962.

Walt and Leette ministered with The Navigators from 1962 until 1977. During this time they became parents to four children: Deborah, Walter, Jonathan and Janna Kay.  In 1972, the Lord took their son Walter home after a long battle with leukemia.

In 1977, at the request of a group of business and professional men, Walt left The Navigators to minister under Leadership Foundation.

For over 60 years, Walt devoted himself daily to prayer, studying and memorizing the Word, and to the discipleship of men all around the world. Walt believed in what Solomon said, “As a man thinks, so is he.” All permanent change in a person’s life takes place by influencing how he thinks. Walt faithfully ministered for the Lord until his death in 2016.

Leadership Foundation was created in 1977 to help business and professional men develop a personal relationship with Jesus Christ, and to integrate that relationship into their families and careers. Walt wrote articles, books and devotionals hoping to help people think biblically. On this website, you can find the most complete collection of his printed materials. 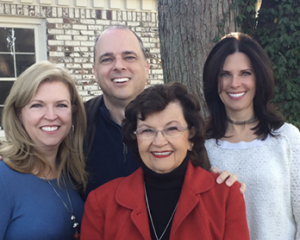 Since Walter’s death, Leadership Foundation has continued  to support the ministries of Leette and Janna. Both ladies help women gain a closer walk with God and a deeper understanding of His Word.

Additionally, under Leadership Foundation, Janna has the opportunity to teach the great works of literature to all who ask her. Although primarily focused on teaching the Bible to women, she also teaches literary works to men’s groups, exploring the spiritual and moral perspectives of the Classics. These ask the defining questions of human existence: What is of value? What is my purpose? Who made me? Where am I going? etc. 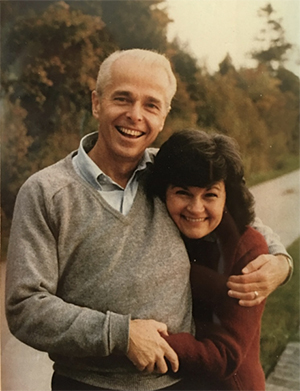 At age 11, Leette Dillon came to Christ. After graduating from the University of Minnesota, she pursued training with The Navigators, and while ministering with them in Nebraska, she met Walt. For 54 years Leette delighted in being the wife of Walter.

Along with raising the children, Leette had the privilege of investing in women’s lives, especially teaching Bible studies.  What started in the home and neighborhood expanded into travels with Walter once the children were out of school.  As age limited Walter’s ability to travel, Leadership Foundation frequently used their home as the location for teaching and discipleship, with Leette providing the ministry of hospitality.  She has also developed a Women of the Bible study series that has blessed many women across the country.

Now that Walter has gone to be with Jesus, Leette continues to live in their apartment in Indianapolis, ministering to ladies through Bible study, fellowship and correspondence. 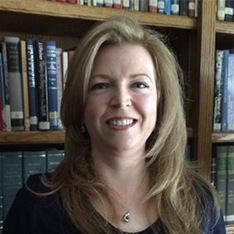 Janna learned how to study and teach the Word of God under the tutelage of her parents. An interest in literature began at age 11 when her dad paid her to read the great classics (Anna Karenina being the most memorable). Discussions with her Dad, concerning the questions these classics asked about life and purpose, started Janna on the path to her university degree. She earned a PhD from Claremont Graduate University in 2001.

Although she began teaching in various universities, opportunities to teach book clubs to groups of businessmen, women, and couples soon captured her interest. Starting in 2006, Janna was asked to teach women’s Bible studies and conferences.  She combined these pursuits with her professorial positions until the board of Leadership Foundation invited her to be a permanent part of the ministry. Since then, she has dedicated her life to hospitality, teaching the Word of God to women, and teaching literature to all groups who ask her.

In 2015, Janna moved to Indianapolis to be closer to family. She lives only minutes away from both her mother and her brother Jonathan.